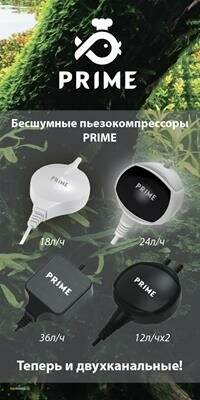 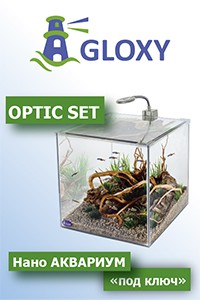 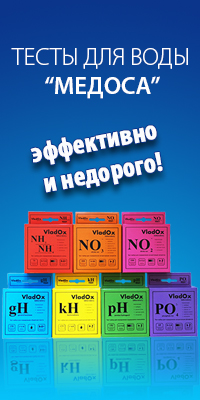 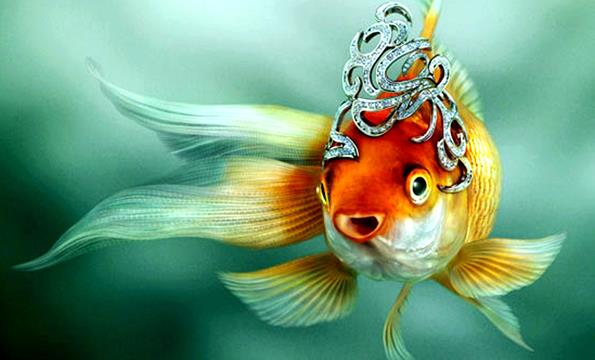 The variety of aquarium fish is amazing. And given the fact that every kind of fish has its own species, we can say that aquarium world is immense.

Sometimes even an experienced aquarist can't answer the question: "what fish is it?" We hope our detailed list of kinds of goldfish will help you to figure out who is swimming in your aquarium .

Aggressiveness: not aggressive 5%, but may bite each other.

Compatibility: with all the peaceful and non-aggressive fish.

Gold, or Chinese crucian lives in Korea, China and Japan.

Goldfish was bred in China more than 1,500 years ago; it lived in ponds and garden ponds of the estates of the nobility and the wealthy. The first time goldfish was imported in Russia into the middle of the XVIII century. Currently, there are numerous varieties of goldfish.

Color of the body and fins is red-golden, back is darker than abdomen. Other varieties of color: pale pink, red, white, black, black and blue, yellow, dark bronze, fiery red. Goldfish body is elongated, slightly compressed laterally. You can distinguish males from females only during the spawning season when female’s abdomen become more rounded and on the pectoral fins and gills of male appear white "rash".

The best aquarium for Goldfish is at least 50 liters per individual. Short - bodied goldfish (Veiltail, telescopes) requires more water than the long-bodied (simple goldfish, Comet, Shubunkin) for the same length of the body.

Stocking density can be increased slightly with the increase in the volume of the aquarium. In particular, in a volume of 100 liters is possible to accommodate two goldfish (can be three, but in this case it will be necessary to organize a powerful filtering and participation of water changes). 150 l can be planted 3-4 individuals, 200 liters - 5-6, 250 liters - 6-8, etc. This recommendation is relevant when it comes to fish size not less than 5-7 cm length without caudal fin.

Goldfish likes to dig in the ground. That’s why it's better to use coarse sand or pebbles as the soil. The aquarium should be spacious and species, plants should be with large leaves and good root system .

In general aquarium goldfish can be kept together with calm fish. Prerequisites for the aquarium - natural lighting, filtration and aeration.

Goldfish in relation to food is unpretentious. They eat a lot and willingly, so it is better to underfeed than to overfeed them. The amount of daily food should not exceed 3% of the weight of the fish. Adult fish are fed twice a day - morning and evening.

Food should be given as much as they can eat for ten to twenty minutes, and the remnants of uneaten food should be removed. Ration of Goldfish should include both live and vegetal food. Adult fish can live without food for a week. Remember, dry foods should be given in small portions several times a day, as in contact with moisture, in the esophagus of fish, dry food considerably increased in size and can cause of constipation and disruption of the normal functioning of the digestive organs fish, the result is the death of fish. Firstly, hold dry food in water (10 seconds - cereal, 20-30 seconds - granules) and then give it to fish. Using specialized feed can improve the color of fish (yellow, orange and red colors).

Long-bodied goldfish is long - lived, with good conditions of detention can live up to 30 - 35 years, short - bodied - up to 15 years. 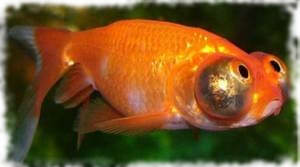 Stargazer has round, ovoid body. The feature of the fish is telescopic eyes directed slightly forward and upward. Although it is a deviation from the ideal, these fish are very beautiful. Colour is orange-golden. The size of the fish is 15 cm. 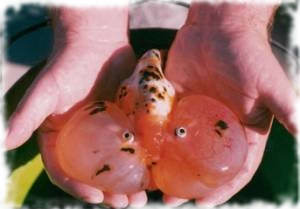 This fish is the result of relentless and ruthless selection of Chinese goldfish. The size of the fish is 15-20 cm. It has ovoid body, back is low, the profile of the head moves smoothly in the profile of the back. Colour is different. The most common colours are silver, orange and brown. 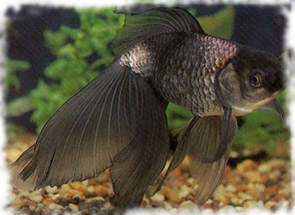 Veiltail has a short, high rounded egg-shaped body and large eyes. The head is large. Colour is from monochrome golden brown to bright red or black. 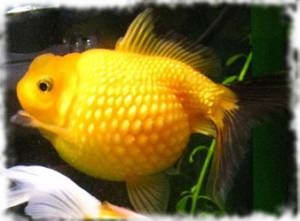 The Pearl is one of "goldfish". The fish is an unusual and very beautiful. It is deduced in China. 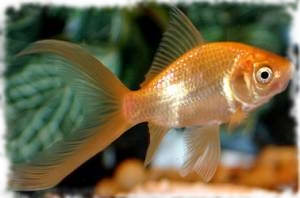 The body of Comet is elongated with a long forked caudal fin. The longer the tail fins is the higher the estimated instance. Comets are look like Veiltail. 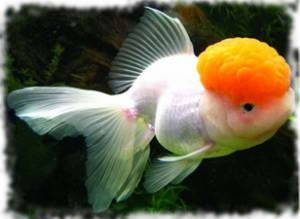 Oranda is one of "goldfish". Fish is an unusual and very beautiful. Oranda is different from others with excrescence-cap on his head. The body is egg-shaped, swollen. In general, it is look like Veiltail. 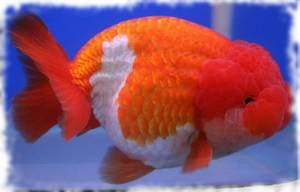 It is another form of artificially bred "Goldfish". Homeland is Japan. "Ranchu" is translated as "it was casted in the orchid." Fish is an unusual and very beautiful. 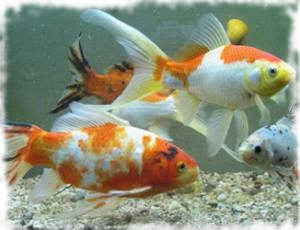 Another form of selection "Goldfish", it was deduced in Japan. This fish is good for keeping in spacious aquaria, greenhouse and garden ponds. In Japan name of this fish is pronounced as sibunkin. In Europe  Shubunkin appeared after World War I, after that it was imported into Russia and Slavic countries. 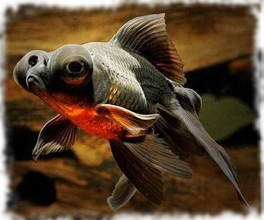 The fish is unusual and very beautiful. The fish was named for big protuberant eyes. Eyes may be spherical, cylindrical or conical shape. The size of the fish is about 12cm. 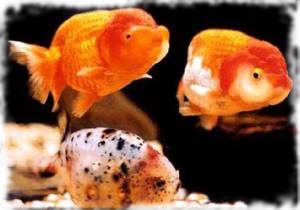 The fish is unusual and very beautiful. Fish has a short rounded body. The rear section of the back and the upper outer edge of the caudal fin form an acute angle. In the gill covers and top of the head you can see volumetric growths. 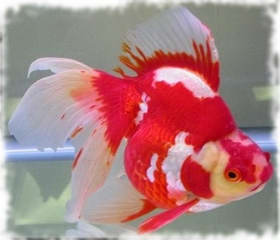 Аquarium for a child
NEON TETRA 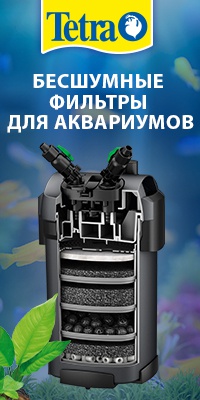 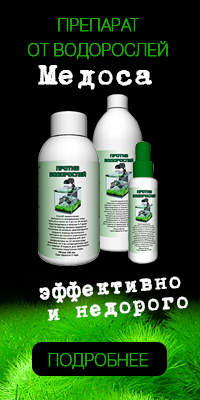 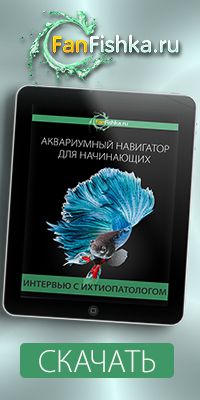 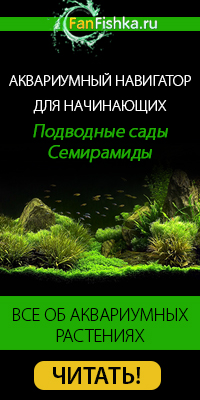 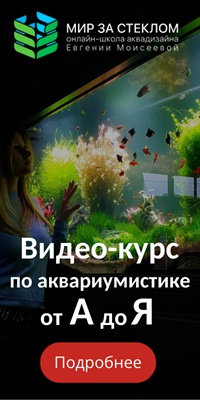 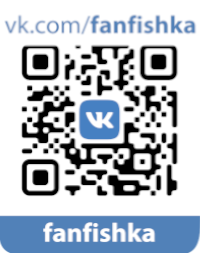